I’m not a lawyer. This is just my musing,  not any sort of formal legal advice.

I was reviewing answers to my Software and Law survey last night when I saw a tweet  where someone was wondering how to claim the company name back from a Twitter user. The user doesn’t work for the company and was apparently bad mouthing the company. This got me thinking about trademark dispute management in Twitter. or more correctly the lack thereof.

Several years ago I wrote an LLM paper on domain names. It was all about the dispute resolution issues to solve trademark disputes. I remember reading some excellent stuff from legal academics like Froomkin, Edwards, Mueller, and Geist. It was a hot issue at the time, and trademark and domain names are far more complex than first meets the eye. Lots of messy freedom of speech and constitutionality issues. Fun if you like that sort of thing (sadly, I do).

Well, what about cybersquatting in Twitter?  Trademark law applies in Twitterland, the same as it does everywhere else.

1. A person registers the name of a company as a Twitter handle.

2. A reasonable person reading the tweets would then likely assume those tweets came from the company.

4. Company wants the handle back

Is a Twitter handle a domain name?  If so then the UDRP and the ACPA would conceivably apply, but as Twitter actually own the 2nd level domain name, the Twitter bit in www.twitter.com/name ,  this could get very messy indeed.

The lawyers are stirring. As one recently stated.

Twitter has become a cesspool of trademark infringement and copyright infringement claims.  Essentially, people set up twitter accounts and add feeds from popular websites and blogs.  They brand the twitter account using the trademark protected logo of a third party and then see how much traffic they can drive.  If you or your company is experiencing brand-jacking on Twitter, contact one of our internet attorneys for more information about your rights and successful approaches to having the infringing content removed.  If you do not protect your trademark registrations and copyrights, who will?

This tone from the lawyer above is not particularly helpful, but the lawyers have a point.  IP infringement does take place in Twitter.  Trademark owners are required to defend their marks, otherwise they risk loosing them.

At the same time Twitter needs to be transparent, even-handed and fair in how it assesses violations. Trademarks often conflict, and simply kowtowing to a trademark holder’s demands  without proper due course isn’t fair to Twitter users either.

According to this post from Steve Poland they still have a lot to learn.  Steve had several Twitter names removed from his possession by Twitter.  He wasn’t happy about it.  Based on the facts in the post I think Twitter were probably right to do so, but the process was far from ideal.

So Twitter, I suggest you create a clear and simple dispute resolution policy for trademark issues, and make it part of your T&Cs. Here is my two cents’ worth.

1. Outline the procedure to challenge a twitter domain registration. Trademark holder to fill in a request form, outlining the grounds for the challenge.

2. Notify the domain name holder that their registration has been challenged, and on what grounds (bad faith, financial gain…)

4. If the domain name holder wants to contest the challenge, then offer a simple mediation service, at a fixed and relatively small fee, paid for by the challenger.

5. Evidence from both sides to be presented in writing, via an online template,  to the mediator.

6. Mediator replies in writing via email within 10 days or so.

7. Judgement of the mediator is binding on the parties.

8. The fee goes to pay for the mediators, as per the ICANN model.

9. Mediators are required to have a good background in trademark law. Perhaps  this sort of service could be run by law schools with a Information Technology focus? 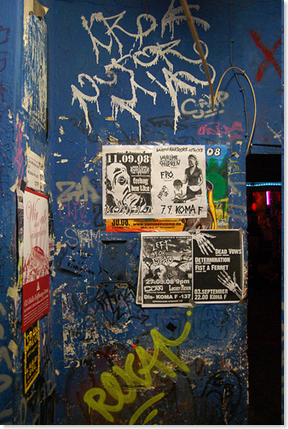