I like cars.  I watch Top Gear, even though I find Clarkson xenophobic and misogynistic.  I read  Unabashed Gearhead Gnarlyness.  I window shop for cars all the time.

Yesterday I had a blast. My mate Rainer organized for a group of us to do the BMW intensive driving course on the Hockenheim ring.  In a BMW M3 e92.

The M3 has roughly 420 horsepower, which is about 3x more than my people carrier.   It is automatic, but not as you know an automatic.  It has a doppelkupplungsgetriebe, which I think means a double clutch. It changes really quickly, but you don’t have a traditional clutch pedal.  It also has a lot of three letter acronym buttons which turn the car from family car into track beast if you know which ones to press. (0-100 km in 4,6  seconds ). 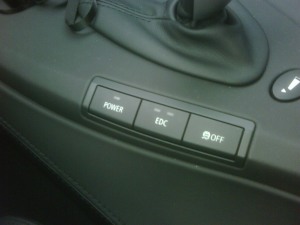 The handling of the car is impeccable; it is forgiving, but in the hands of an expert it is wickedly quick, i.e not me.

The instructor, Karl-Heinz Müller, was brilliant.  He explained the theory, and then we got out on the track for training in emergency braking, obstacle avoidance and drifting.   There were two of us in each car, so we had plenty of practice.  The braking power of the car was what impressed me the most. Going fast is cool, but stopping fast is cooler.  We spent the morning on these handling exercises.  The cars were connected via radio, so we got adult supervision.  Karl-Heinz was patient, but with just the right amount of discipline.  His other job is driving very fast for the Politzei, and it shows.

In the afternoon, we got to drive around the Hockenheimring.  Karl-Heinz drove the pace car, and we attempted to follow him. He talked us through every corner, telling us what gear to be in and what line to take.  We drove one half of the track 5 times, the other half five times and then we had 5 full laps. I felt myself getting better each lap, as I got more confident.  Sandro, my copilot for the day,  has nerves of steel, great company too. I’ll watch next year’s grand prix with a lot more respect.

A fabulous day for anyone interested in becoming a better driver and experiencing what it is like to drive around a formula one track.  Having never really been a BMW fan, I’m now a convert.  Thanks again to Rainer for organizing it, and to Karl-Heinz and the BMW team.  Oh, and thanks to those Bavarians for inventing the M3,  a job well done.  As a marketing tool for BMW, I can’t think of a better way of them bringing the Freude am Fahren tagline to life.  Einfach geil, saugeil.

update here is the link to the track day website.

An old Gapingvoid cartoon says it all. 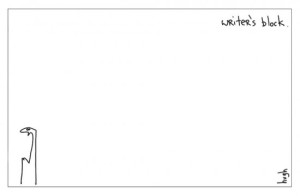