Stop all the clocks, cut off the telephone.
Prevent the dog from barking with a juicy bone,
Silence the pianos and with muffled drum
Bring out the coffin, let the mourners come.

Let aeroplanes circle moaning overhead
Scribbling in the sky the message He is Dead,
Put crêpe bows round the white necks of the public doves,
Let the traffic policemen wear black cotton gloves.

He was my North, my South, my East and West,
My working week and my Sunday rest
My noon, my midnight, my talk, my song;
I thought that love would last forever, I was wrong.

The stars are not wanted now; put out every one,
Pack up the moon and dismantle the sun.
Pour away the ocean and sweep up the wood;
For nothing now can ever come to any good.

While flying back from South Africa the other day (more on my SA trip another day), I got to sit next to a professional DJ.  My knowledge of house and trance music would fill the back of a postage stamp in a big font, but we had an interesting chat about Emerson Lake and Palmer,

as well as Yello, Depeche Mode, Kraftwerk and role of computers in modern music.  Marc plays in some of the world’s top clubs, such as 1015  (on Folsom)  the Redwood room in San Francisco, and Tresor in Berlin    I was expecting him to have lots of specialized equipment and software, but his set up is remarkably simple and cheap. 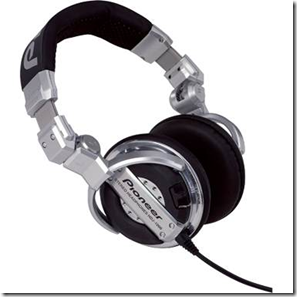 Apparently the really cool bit on these headphones is the swivel bit. 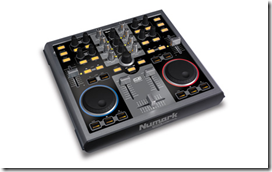 Beatport is an excellent source of trance and other electronic music.

On the software side, he uses traktor. more details here. and Ableton.live

It was fascinating to talk about how the music business works with someone making a good living out of it. We talked about copyright, sampling, remixing, how you read the crowd, the importance of preparation, and life as a DJ after 15 years…

And then over on the BBC website this morning I read about the Ferranti Mark 1 computer and the birth of computer music.

A scratchy recording of Baa Baa Black Sheep and a truncated version of In the Mood are thought to be the oldest known recordings of computer generated music.

The songs were captured by the BBC in the Autumn of 1951 during a visit to the University of Manchester.

The recording has been unveiled as part of the 60th Anniversary of “Baby”, the forerunner of all modern computers.

The tunes were played on a Ferranti Mark 1 computer, a commercial version of the Baby Machine.

You can listen to the recording here.

Things have come a long way since then.

My good wife’s 5 year old Dell laptop gave up the ghost last month. Well the space bar hasn’t spaced for a while,  so we used an external keyboard. The dell was generally showing its age, occasionally not booting properely, and really running slowly. A sort of Alzheimer’s stage of affairs. Then last month the screen died.

By default we had always had windows, without really thinking about why.  Time for a change. Well we decided to buy a mac laptop, a macbook, primarily because it looks nicer, but also because people like john and Charlie rave about their macs. I have never met anyone that raves about their Dell. I ordered it on the phone, as we wanted a german keyboard but english software, the phone was answered in two rings, and I was dealt with politely and quickly.

The mac arrived yesterday, as promised. My wife opened the box and called me to say that how cool and pretty it looked.  I got home late, and I switched it on. It was delivered charged up, nice touch. And within 3 minutes I was on the web with safari. Everything worked.

My wife’s copy-editing and corporate journo business and blog will be run from the mac. Let’s see how we get on. It may be trendy to move to ubuntu (see cote), but I think we’ll give the mac OS and iWorks a try first. It looks so damn pretty and friendly. Once I have the mail talking to t-online, then I’ll be really impressed.  Mac newbie advice of course welcome.

Update. Thanks Charlie Wood for the advice.

update 2. Perhaps we will get the nod now.